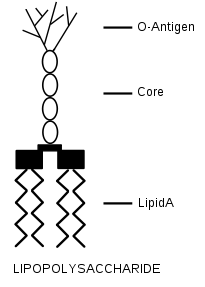 Endotoxins are lipopolysaccharides (LPS) derived from cell membrane of Gram-negative bacteria. The release of endotoxins does not happen only with cell death but also during growth and division. Since bacteria can grow in nutrient poor media, such as water, saline, and buffers, endotoxins are found almost everywhere.

Sorry no additional materials where provided by the presenter.