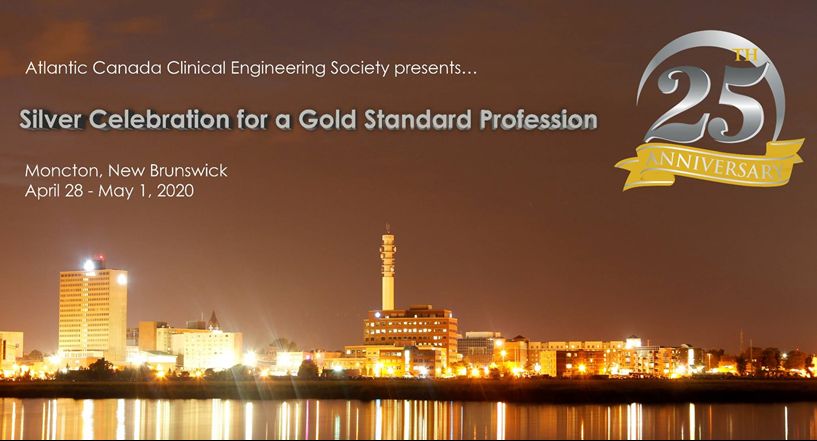 Thanks To Our Corporate Members

This Fall’s spotlight article moves away from New Brunswick and into Nova Scotia where we meet Brian Seidel, one of the newer Biomedical Electronics Technologists (Biomed) to the province’s healthcare scene… but not new to healthcare. You see, Brian started as a Biomedical Technologist back in 2008 in the military.

Before we get too much into Brian’s journey in serving our country, we first turn the clock back to 1972 to his birth city of Winnipeg. There, Brian was the youngest of four Seidel kids and really enjoyed two activities growing up: baseball and target shooting.  Involved in the cadets all through his childhood, Brian started target shooting at the age of 12 with his .22 caliber rifle. Entering many competitions through the latter part of his 17 years of living in Winnipeg, he may have never walked away with that first place medal, but he was doing what he loved to do.

During his high school years, Brian was initially interested in becoming an architect. His “A” plan was to achieve this through a program developed by the University of Winnipeg that would allow him to apprentice and increase his chances to get a spot into the highly sought-after university discipline. Unfortunately for Brian, the inaugural program was cancelled before his turn was to commence, so he went to his “B” plan… and joined the military.

In 1990 Brian joined the Air Force and entered the yearlong electronic program. This program was designed so that after he graduated he could choose one of nine electronics trades to proceed to. The trade of choice for Brian was “Integral System Technician” or in other words, “Black Box Changer”.  These black boxes weren’t the one you would find in a Cessna, but on fighters in which Brian would work with for the next 12 years in Cold Lake Alberta.

Over time, several of the air force trades would combine and four of these trades joined to become the Avionics Technician trade. Once completing this academic upgrading he remained in Cold Lake until eventually being posted to Base Shearwater in Halifax. Unfortunately this meant that he had to move away from working on high tech fighters to an aging fleet of Sea King helicopters. This got Brian thinking that maybe there is another exciting field he could get involved in. With the encouragement from a friend he applied for a remuster (fancy term for changing occupations in the military) and got accepted in 2006 to the National Alberta Institute of Technology (NAIT) Biomedical Technologist program. So Brian packed his bags, changing uniforms from the Air Force to the Army, and headed west to Edmonton’s NAIT where he would later graduate from the two year program.

Now that Brian was fresh out of school as a class of 08’ Biomedical Technologist, he entered a strange place in which he would wear an Army uniform, but works for the Navy. This also meant a move back east to Halifax to work at the Stadacona Hospital. Brian began his new career in a three-person Biomed shop and within three years, he became the supervisor. His team would support all of the units in Atlantic Canada and the Field Hospital in Petawawa, Ontario when required; and be deployed abroad to areas such as Afghanistan and Kuwait, sometimes for periods of just one month and other times for 10 consecutive months. When in the field, a Biomed had to be good at everything due to the limited resources. Brian would take this one step further by specializing in Diagnostic Imaging.

In February of 2016, and after 26 years in the Forces, Brian decided that it was retirement time as he was told that his next post was the one spot that he never wanted to be posted to, Petawawa, Ontario. Looking back, Brian had a chance to see the biomedical field grow within the Forces from 7 members to over 30 across the country.

Now a civilian, Brian quickly found work with Sinclair Dental, which he worked with until he was hired on by the IWK in May of 2017. This civilian work history is short, but Brian brings with him much more experience, which benefits the IWK team. He loves the fresh start and rewarding experience of working within the NICU and Birthing Unit at the IWK.

Outside of work, Brian has continuously been giving back to his childhood passion of cadets and shooting as he has been involved with local air cadet corps wherever he has been posted. His involvement is to the point that he has helped educate coaches and developed training for the program, which has helped develop the program into what it is today. For the last 20 years Brian has coached biathlon and marksmanship.  Every year his athletes attend a Zone competition that are followed by Provincials. Two of those years, his athletes have made it to the Nationals. All of this has not gone without notice as he has been voted Coach of the Year by his peers in 2013.

Besides work and coaching, you will find Brian further developing young athletes as he drives the “family taxi”, transporting his two sons to their next gymnastic practice or meet. Who says civilian life is boring?

If you’re interested in seeing Biomeds in the Canadian Armed Forces, follow the attached link to see a great video and the star of this spotlight article.