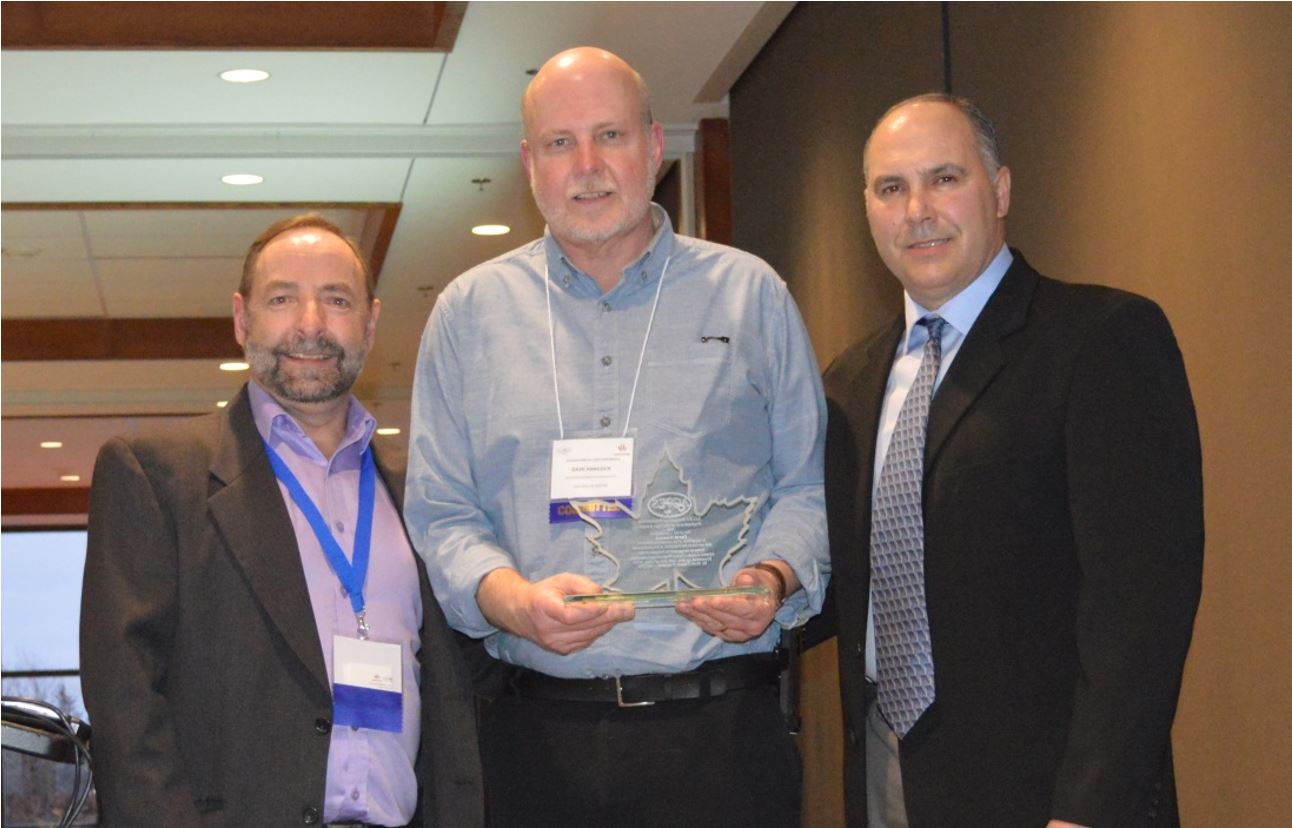 Accepting a manager’s position when coming from the ranks can be a daunting task, but he accepted the challenge willingly Dave accepted this challenge willingly. Since then, he has steered the IWK Biomed team toward new achievements: a more effective Alarm Management Project for the ICU’s and an upgraded PM program are just some recent accomplishments by his department during his tenure as manager. His managerial and leadership skills, communication skills, and mutual respect for others are attributes that have helped David lead by example.

During his career, Dave has always strived to better himself both scholastically and professionally. Soon after becoming a Biomedical Engineering Technologist, he became a Certified Engineering Technologist (CET). With a thirst for learning, his next step was to become CBET(c) certified, becoming the first certified in PEI, after which he went on to acquire a CRES designation in Radiology. Next on his list was a BTech Degree from Memorial University of Newfoundland. He wasn’t satisfied there, so he decided to attain an MHI (Masters of Health Informatics) at Dalhousie University, which was quite a challenge to attain while employed full-time, but he was up to the task.

Additionally, Dave has strived to help others in the Biomed Community professionally as he has served on the CBET(c) Board of Examiners, and has always been a strong advocate of promoting CBET(c) education to others in our Biomedical Profession. He was one of the founding members of ACCES, having served on the Executive during its formative years. Over the years he has also served on many ACCES Conference Planning Committees, and he actively promotes the National Clinical/Biomedical Engineering Appreciation Week on an annual basis. In 2013, Dave was recognized by CMBES with their annual Outstanding BMET award.

On a personal note David has been married to his wife Pam for more than 30 years. They have two daughters and have recently become proud grandparents with the addition of a granddaughter to their family. His personal and professional journey still continues…

In summary, Dave Hancock is someone who through his dedication, passion and a desire to achieve has risen to greater heights while contributing to the advancement of our profession and that is why he is worthy of accepting our 2018 ACCES Clinical Engineering Professional of the Year award.